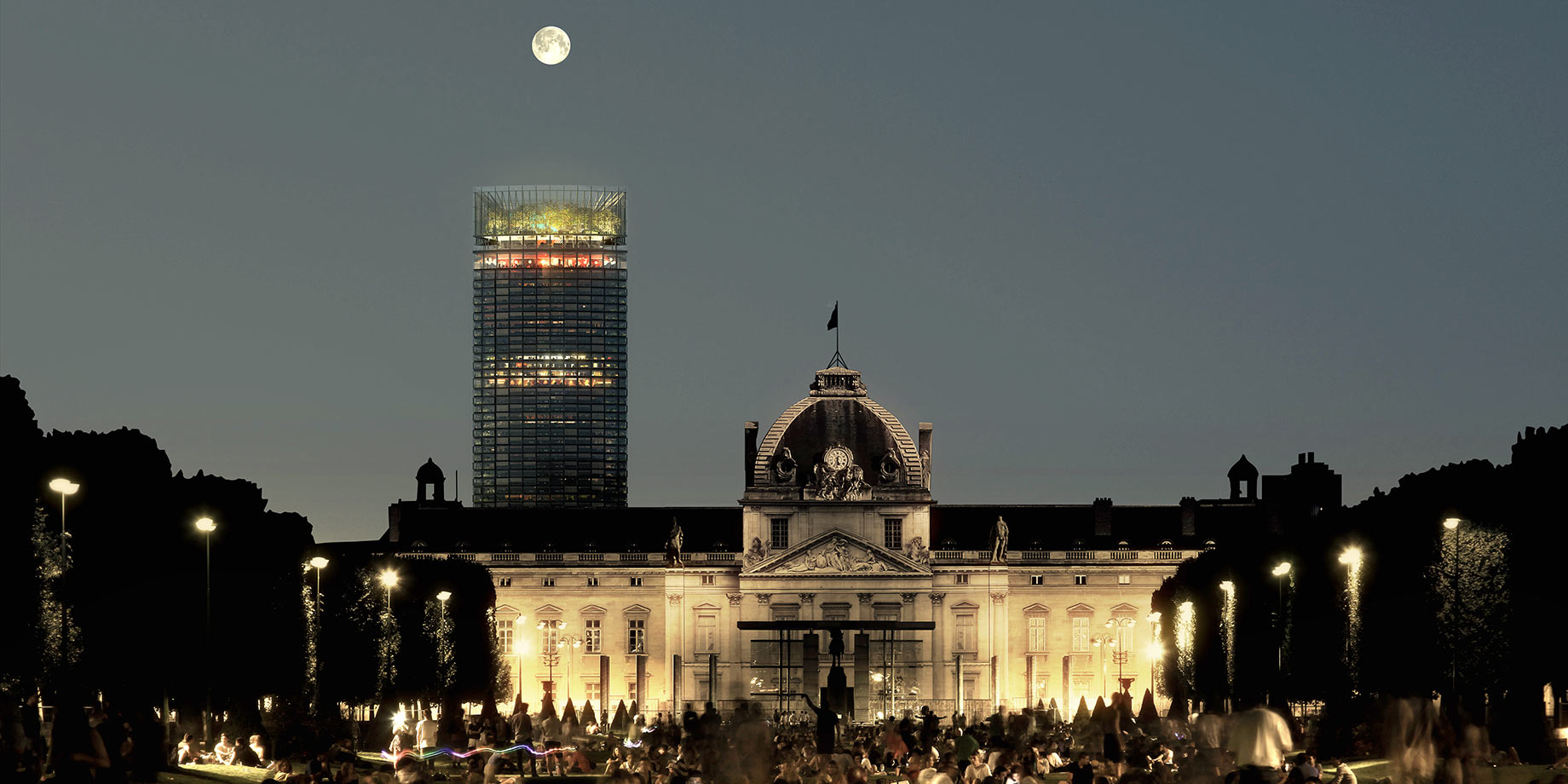 NOUVELLE AOM, A CONSORTIUM OF PARIS ARCHITECTS WILL RENOVATE & REDESIGN THE TOUR MONTPARNASSE

After more than a year of work and head-to-head competition with US practice Studio Gang, Nouvelle AOM was ultimately the team favoured by the co-owners’ representatives as winner of the international architectural competition for the renovation and redesign of the Tour Montparnasse.

A TOWER FOR THE 21ST CENTURY

Launched in June 2016, the competition had one central aim: to give the Tour Montparnasse a strong, innovative, dynamic and modern identity, at the same time as leading by example in successfully addressing all the goals of user accessibility, comfort and energy performance. The co-owners explain:

Nouvelle AOM succeeded in presenting us with a scheme that will create an uncompromisingly contemporary Tower and breathe new life into the entire neighbourhood of Montparnasse. A Tower with more than one identity that will bring together appealing and innovative new uses and opportunities for the people of Paris and those who use the city.

The City of Paris is delighted with this choice. The Nouvelle AOM scheme reflects our own architectural vision which is focused on the way buildings are used, behave generously towards their environment and lead by example in energy efficiency. Its thoughtful consideration of these needs will bring about a reconciliation between Parisians and the Tour Montparnasse. Ready in time for the 2024 Olympics, this Tower will be the icon of 21st century Paris, and we are already very proud of what it represents.

NOUVELLE AOM: WHO ARE THEY?

A consortium of French architects that includes Franklin Azzi, Fréderic Chartier, Pascale Dalix, Mathurin Hardel and Cyrille Le Bihan, the ‘Nouvelle Agence pour l’Opération Maine-Montparnasse’ (Nouvelle AOM) brings together three Paris architectural practices, whose founders were all born in the 1970s and are individually recognised for their exceptional architectural achievements.
Working at the confluence of many different disciplines and fields of expertise, Nouvelle AOM was committed – as its principals are in terms of their own individual projects – to approach the scheme with the same cross-disciplinary plurality to return the Tour Montparnasse to its rightful status.

THE REBIRTH OF THE TOUR MONTPARNASSE

The Nouvelle AOM scheme was unanimously adopted by the co-owners’ representatives, who see it as an ambitious project that will, at last, return the Tour Montparnasse to the people of Paris. It achieves a perfect balance between engineering and architecture, converging every discipline and every insight. The main aim was to rethink the ways in which the Tower is used and reinstate it as a living tower that local residents and the people of Paris can enjoy as their own, and to move away from the image of an ageing and mistrusted building. Hotel, business startup centre, offices, cafés and restaurant… all these new spaces will breathe life into the Tower 24/7.
Work on the project is scheduled to begin in 2019, with completion scheduled ahead of the 2024 Paris Olympics and Paralympics.

More about the competition

Launched in June 2016, the international architecture competition received a lot of attention, with more than 700 expressions of interest from around the world. Seven agencies were shortlisted in October 2016.

Unanimously praised during a meeting of the management committee attended by all of the Tour Montparnasse’s joint owners, “the seven agencies were selected for their reliability, expertise, boldness and understanding of the challenges presented,” they explained.

The teams then had until June to rework their schemes.
All the schemes submitted can be seen at the Pavillon de l’Arsenal between 20 September and 22 October!

Launch of the ambitious Demain Montparnasse programme to reinvent the Tour Maine-Montparnasse housing complex (EITMM). The renovation of the Tour Montparnasse marks the first phase of this process.

The Tour Maine-Montparnasse housing complex (EITMM) invites architects from around the world to enter an international competition to renovate the Tour Montparnasse, one of the capital’s most famous landmarks. The goal is to restore the skyscraper – the first to be built in Paris forty years ago – to its former glory.

Representatives of the joint owners of the Tour Montparnasse select seven applicants – three French and four international agencies – to go through to the second round. The multi-disciplinary teams rework their programmes to offer the landmark a new identity.

From seven applicants chosen in October, two architects are selected to take part in the third and final round of the competition: Studio Gang (United States) and nAOM (France).

At the end of the third round of the International Architectural Competition, Nouvelle AOM was appointed as architect for the renovation and redesign of the Tour Montparnasse.

With the extensive renovation of the Tour Montparnasse as its primarily aim, the competition marks the start of a more comprehensive programme, currently under development, to restore the property complex’s status as a modern, accessible urban centre at the heart of the Left Bank. In October 2015, the joint owners of the EITMM formalised plans to reinvent the property complex by launching an ambitious programme on a scale seldom seen in the city: Demain Montparnasse. Its goal is to build a bridge between Montparnasse’s traditions and history – including its cultural and artistic past – and its future in a regenerated city with an ambition to become the capital of modernity. The EITMM’s functions will be overhauled to transform the site into a new leisure and hospitality destination with additional shopping and service facilities.

Currently under development, this programme is being produced in cooperation with the Mairie de Paris, and the town halls of the 6th, 14th and 15th arrondissements, and all stakeholders concerned, to improve the city’s appeal and the quality of life of its inhabitants. Demain Montparnasse forms part of a broader effort to revitalise the Montparnasse neighbourhood. The train station, for example, is being modernised to cope with an expected twofold increase in passenger numbers within 15 years. Whatever shape the programme finally takes, the Tour Montparnasse will remain the flagship of the Ensemble Immobilier and its successor, Demain Montparnasse.

Demain Montparnasse is financed by private investors. The joint owners of the Tour Montparnasse will finance the programme in full.